I had read an article that mentioned a Principal being in a class for a day...it was done in a negative way, so they could see how boring it would be for students, I didn't think this would be the case at our school.

Without any announcement to staff, I put my uniform on, packed my lunch box and was a Year 7 for a day. I forewarned the kids that I would be coming but they didn't know exactly when... I did promise not to wear shorts, they seemed grateful for that.

The first thing that really impressed me was how positive the kids were about me being one of them and how they tried to 'bags' me for their class. I tried to get to as many different classes as possible and was able to join music, two science classes, and two mathematics classes. Sadly, during the day it struck me that it was 47 years since I had been in Year 7. Our solar system has changed completely since then. All day I was impressed by the depth of teacher knowledge and the engagement of the students. They were allowed to call me Rod for the day, some of them seemed excited at the thought that I couldn't get them in trouble if I was just another Year 7 student.

So, what did I learn? I learned a lot… like when I was a kid I only had to know the acronym MEMSUP to remember the planets - now there are asteroid belts, gas planets and terrestrial planets. I learned how high I could jump if I was on the moon - I could jump 26 cm on earth. I also learned what happens to an orbit when a gravitational pull is stronger by swinging a weight on a string from a plastic tube... student knowledge is so much deeper than it was when I was a kid. I learned how to listen for the differences between Mozart, Stravinsky and Beethoven, and how to develop a musical piece based on percussion and anti-beats. I learned there is not just one way to solve an algebra problem, but many ways, and that solving a problem is not just about route learning a formula, but choosing the best way to consider the problem. I learned that it is good to have something in your lunch box that you might want to swap with someone else. I learned our kids are friendly and happy to engage with new Year 7 students.

It was a really good day, it helped consolidate a lot of plans for next year but I have to say I was pretty tired when I got home and between you and me... I didn't do my homework!! 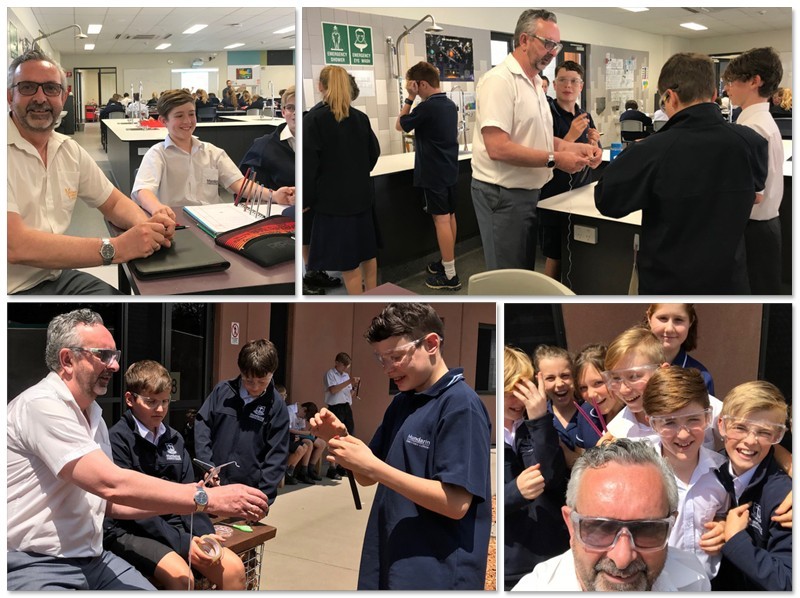