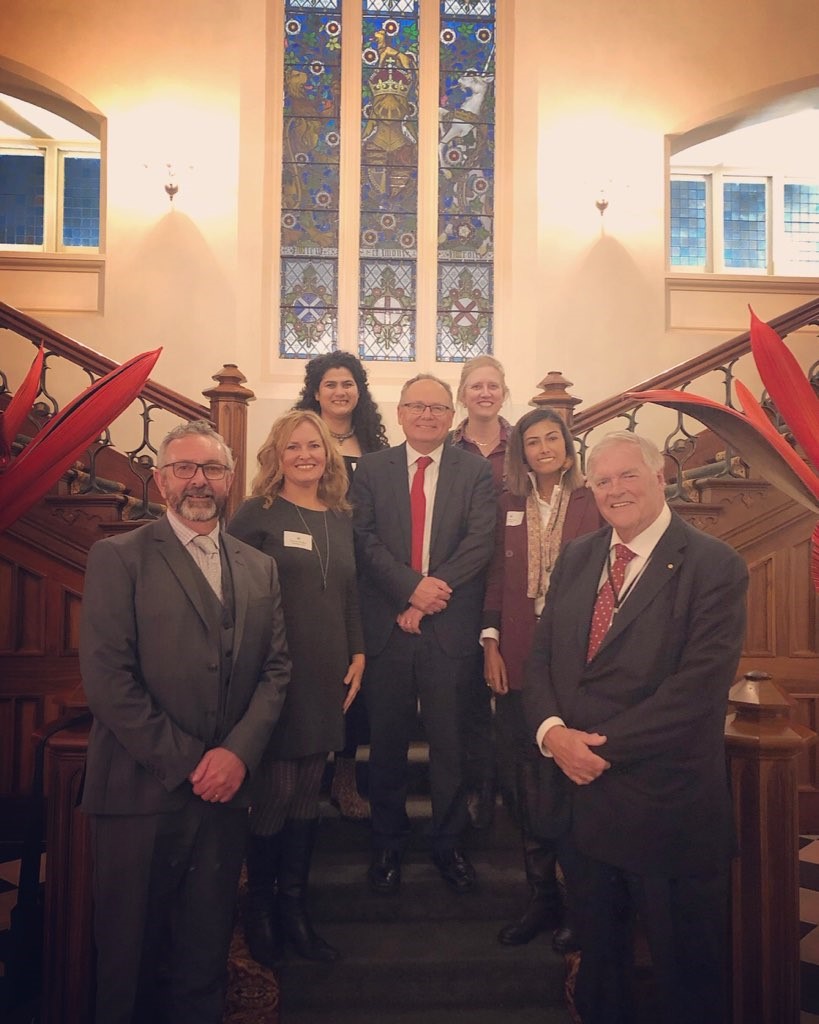 Mark Twain wrote a story called, “A Connecticut Yankee in King Arthur’s Court”. It’s about being out of your familiar culture. It’s a ‘how did I get to be here?’ story.

I had this experience on Wednesday. About 6 weeks ago, I was sent a finely written personal invitation to a reception at the Governor, Kim Beazley’s, residence. The evening was hosting Educators of Arts and Culture. I said yes (who wouldn’t) but was intrigued…Why me? What was it about? What was the format? How many and who would be there?

I was pondering that as I drove down for the 4:30pm beginning. Was this an invitation to every principal in Perth to attend something of interest or a promotion in a large hall? Would I know or recognise anyone?

I was directed to the Governor’s residence and a smaller but totally elegant (read sumptuous) reception room. I recognised Kim Beazley and spoke briefly to the State Minister of Arts and Culture, then mingled. There were about 30 people invited and we were served canapes and wine only enjoyed by the upper echelons.

I instantly recognised why I had been invited, Lamis Sabra, from FORM was there. She is the central organiser of the Artists in Residence program that MCC has been involved in for the last two years. I had really wanted our college to be involved in this project as the heart of the program is to cultivate creativity as a life skill in students that can be applied across all their enterprise and learning.

I was so encouraged to hear the Governor reinforce this idea. He gave a considerate and heart-warming speech that reflected on how empowering creativity and problem solving inspires lives. He continued with a personal reflection on some of the sacrifices that individuals in the audience had made to develop creativity and accessible culture in WA. David Templeton, the Minister of Culture and the Arts, spoke clearly and in an unpretentious manner, of the need to move creativity and involvement in art and culture out of the enclaves and sanctuaries and into the experience of all students as well as the broader community.

To love and create beauty; to think deeply and creatively and be able to express that; to learn to solve problems with empathy and flair; these qualities will be at the heart of what helps our students flourish as they step into their futures. I’m so glad that MCC is working with others in the community who are likeminded and who share the same heart to see this happen.

I was quite circumspect with the wine (you all know the 40 minute drive) but rather excessive with the canapes (big shout out to the Governor’s cooking staff). It was an inspiring night and I left gratified and grateful. Cheers.