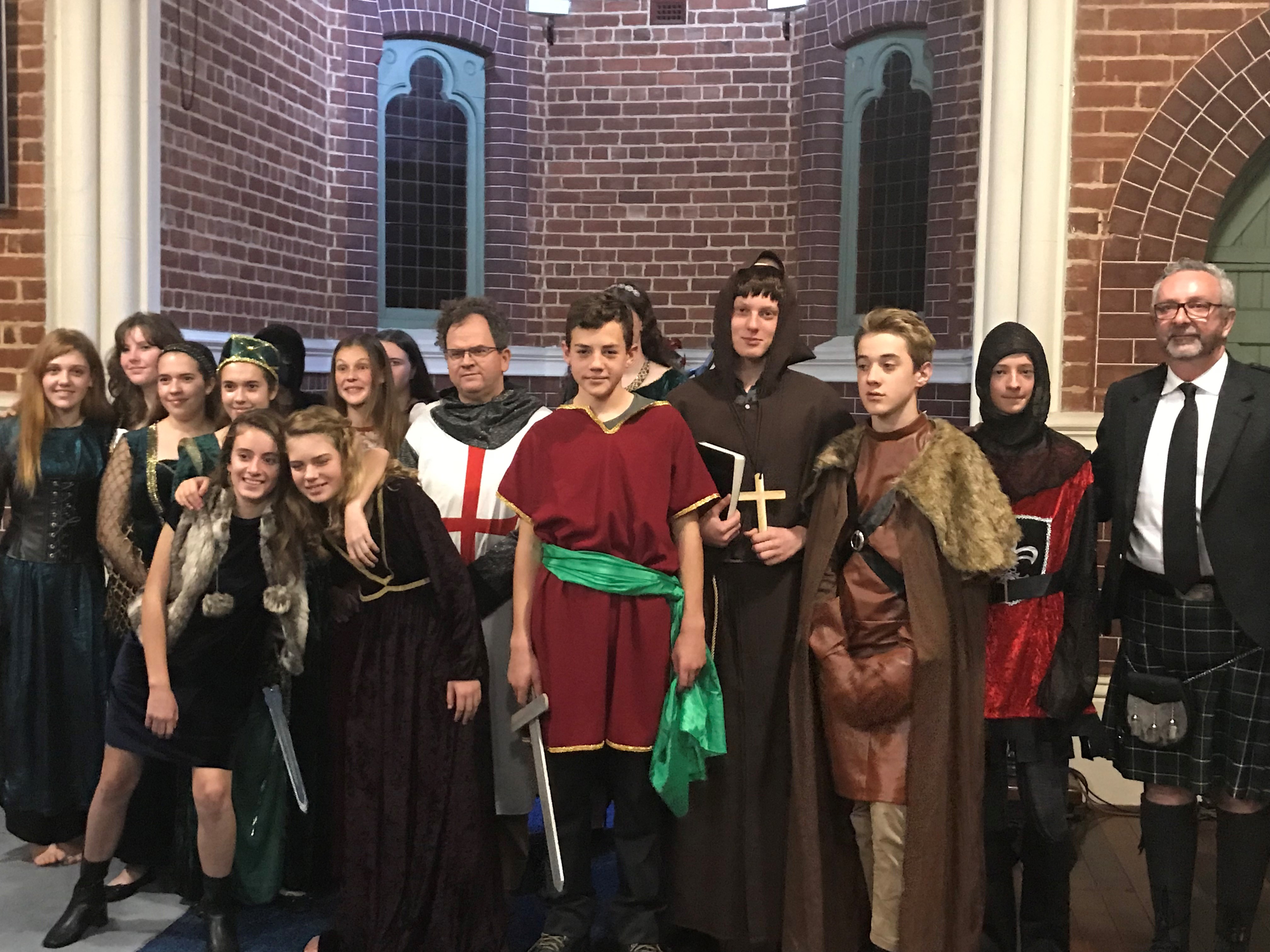 The evening was held at the Church of the Good Shepherd Building in Bellevue.

Students performed works from Ancient Greece including "The Odyssey" and "The Tragedy Antigone" followed by Medieval works including "Beowulf and Sir Gawain" and "The Green Knight". Students, teachers, and parents made the most of things and dressed up in their Medieval best - while all comers enjoyed some sumptuous Medieval fare washed down with plenty of mead (well almost).

Some highlights included a dramatic performance of Antigone, Beowulf being read in Anglo-Saxon and the opening lines of the Odyssey. Students also shared interpretations of some of the works they had studied such as poems in the style of Sir Gawain and provided the audience with their own take on Chivalry – then and now. The grand finale included a special guest appearance from an elderly gentleman of Scottish decent who regaled us to an out of tune Auld Lang Syne – all the while wearing a kilt!

Thanks to all parents, staff, and students for a tremendous evening.

How have our Year 7 students been settling into high school? Read More