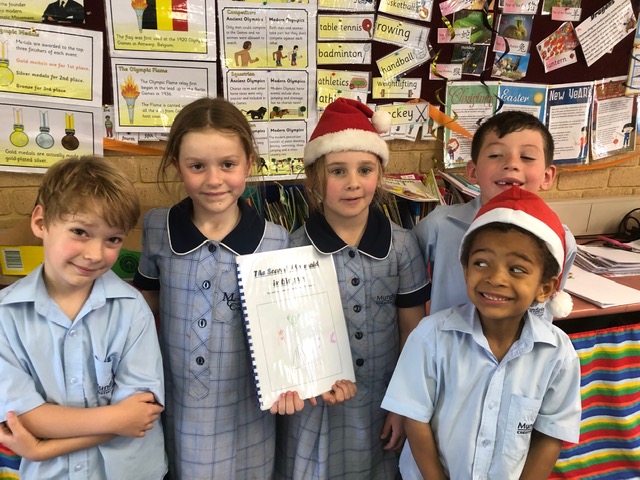 The Year 1 students have been busy little bees, writing exciting stories in groups. Mrs Donoghoe has been teaching them how to make their stories more interesting during Literacy lessons. Check out the three group stories below and see which one you like best!

BANG! BANG! CRASH, CLATTER! The Volcano erupted into the water. As the magical lava ran into the water, it changed some of the sea creatures into different, scary creatures!
While Belle, the magical Mermaid, was busy in her cave, one of the scary sea creatures was chasing some smaller fish outside.
Then he splashed his ENOURMOUS tail, which made a boulder fall. Belle heard a loud CRASH and turned around to see that a large boulder had now blocked the entrance to her cave!
Emily arrived outside the cave shouting “Belle, where ARE you? Are you okay?” Belle replied “Yes, I am okay but there is a boulder blocking the entrance and I am trapped inside!” Emily says “Okay, I will go and get some friends to help me get you out”.
So Emily goes to get the King, the Queen and the Mermen. They come back quickly to the cave to rescue Belle. The King used his magical triton to turn the scary sea creature back into it’s normal ‘fishy’ self.
Then they all pushed the boulder out of the way and Belle swam out safely. “Hooray! Now Belle and the fish are safe and sound” said Emily.
Just then, the volcano erupted again!! 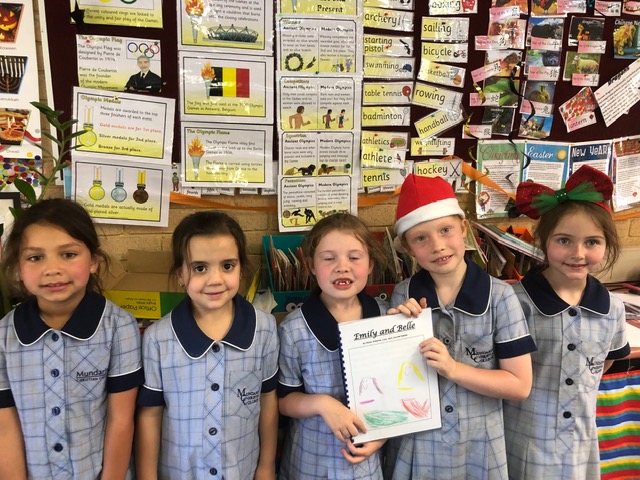 Mack and His Special Friends
By Luke, Preston, Daniel, Travis and Lawson

BANG! CRASH! BOOM! Flashes of lightening across the sky. Then everything went black.
Mack, a young boy, was walking to the shops but he couldn’t see where he was going. All of a sudden, water rushes all around him. He falls over in the water and waves wash him away from the shops and into a nearby river.
Mack gets his leg caught in a fishing net. He tries to swim away but he can’t. He is trapped and the water is rising up fast.
Just then an Eagle flies past and sees what is happening. He looks down and dives down to help but Mack gets pulled down under the water. The Eagle decides to call his special friends.
His friends were Night Wing and Josh. They had special powers. Night Wing arrived and used his special water powers to make a big wave that made the water wash away.
Then Josh was able to pick up Mack and fly him away to the hospital.
After four days in the hospital, Mack was feeling much better and he was able to go back to the shops to buy what he was looking for - new swimmers.
You see, Mack was actually just about to start his swimming lessons. Hopefully now he will learn how to swim and not drown in the river. 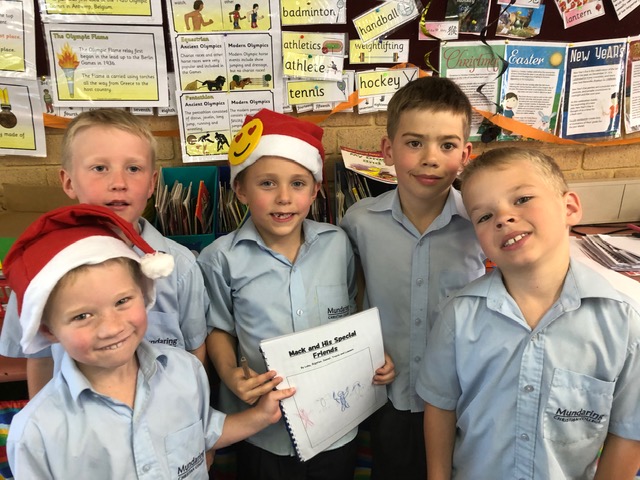 The Scared Mermaid in the Cave
By Lachlan, Rowan, Alanah, Lola and Nathanael

PSSSHHHH! Sizzle! Aaargh! Splash, Splash as the mermaid tried to escape from her castle to a nearby cave. She was being chased by a lava-spitting Killer Whale.
She swam into the cave through a narrow crack, just in time! The Killer Whale continued to swim in circles outside the cave, waiting for the Mermaid to come out.
This all began one day when the ‘Ghost King’ made fun of the Mermaid for her ‘Seaweed’ hair.
The Mermaid got so furious that she stole the crown right off the head of the ‘Ghost King’. The Killer Whale saw what was happening and he decided to chase the mermaid into the cave.
So now, here she is, stuck in a cave and nobody knows she’s there, except the Ghost King and the Killer Whale.
While she was in the cave, the mermaid went looking for another way out. She found a hole in the cave wall and she heard some beautiful singing.
She recognised the voice was her best friend ‘Coral’. She called quietly through the hole to Coral. She said “Is that you Coral? Can you help me find a way out of here?” “Yes, I can help you. If I dig a bit on my side, you can fit out this hole.” So Coral makes the hole bigger and The Mermaid swims through.
She escapes and goes to tell her mother and father, the King and Queen, about how mean the Ghost King was but when she got there, they were gone!
Then the Ghost King arrived to get his crown back but the Mermaid told him that the King and Queen were missing.
He tells her that he knows where they are and if she gives back his crown, he will tell her. Straight away she gives back the crown, because she wants to find her parents. He tells her they are back in the cave, that she just left, looking for her. So now they ALL go back together to find her parents.