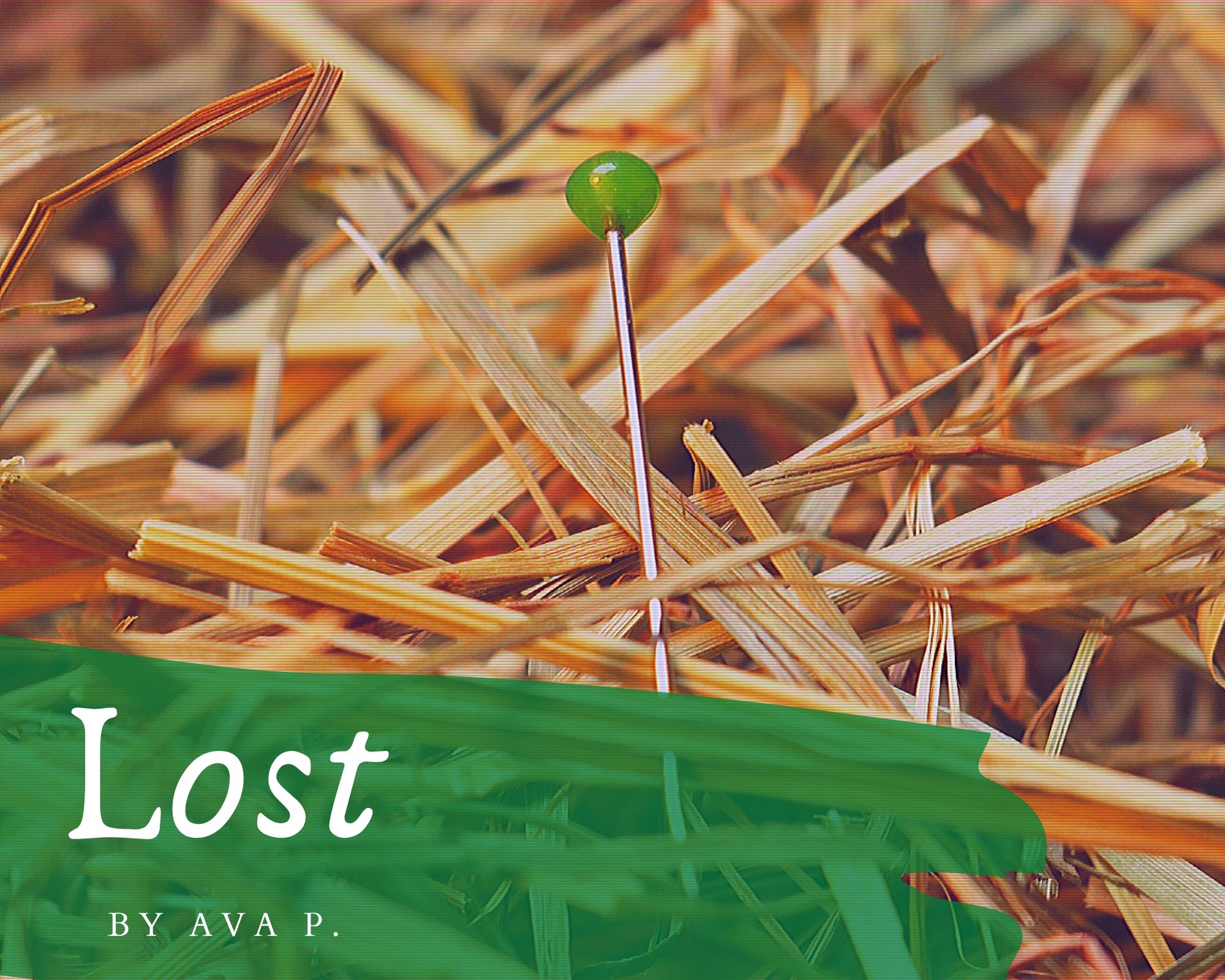 Charlie strode out the door, clad in a leather jacket and a cap. Nothing could bring him down today, his spirits were soaring like a bird, gliding effortlessly across a vibrant blue sky. As he struts past the empty house next door to his, curiosity filled him. The FOR-SALE sign had disappeared. Scanning the lot for any other signs of change, he noticed a grey van was parked in the rough gravel driveway. Listening hard, he also heard voices floating from the household. He recognised those voices. Realisation slowly dawned on him, and a foreboding feeling replaced his happiness, like the way an ominous storm cloud creeps across the sky, blocking out sunlight.

The bright orange door to the house swung open. A tall girl with a hard-set jaw and glaring bronze eyes stepped into the harsh sunlight. Charlie’s heart sank further. It was Cadence, just as he had suspected. She was his archenemy from his old school, and even though he hadn't seen her in years, his hard feelings remained.

He groaned and shouted, “What do you want?” Standing still as she stalked closer, Charlie felt rather like an unsuspecting deer about to be pounced on by a vicious predator. Her sound of her footsteps against crunching gravel halted. He could hear her breaths being drawn, and he lifted his eyes from the ground.

“Charlie,” she said simply, “Show me around this place. I miss my old town.” Charlie blinked, taken aback. The cruel comebacks he had been preparing for her left his mind. He mumbled; “Err, there’s a big forest near here. That’s where I was heading actually.” Cadence nodded. Charlie’s feet were planted to the ground, and he was lost in his thoughts. Why was she suddenly being nice? A sharp nudge on the arm snapped him back into reality. Blinking, he stuttered; “Oh, right, sorry.” Charlie and Cadence meandered down the street in awkward silence.

Towering green trees grew high over their heads as they treaded on soft pine needles. Charlie grinned as Cadence took in the new scenery, her face one of wonder. Friendly conversation bounced between the two as they jogged deeper into the forest. Slowly it dawned on him that the sunlight that streamed through the canopy of the leaves was now very rare to come across.

“Cadence, I think we’d better go back. I’ve never been this far before.” Cadence rolled her eyes.

“Typical Charlie. Don't stress so much about stupid things. This is fun!” Charlie watched as her amber hair flowed behind her when started to run. Fighting against his gut feeling, he raced after her. The bark of the trees sped by in a blur, and adrenaline rushed through him. After several minutes of running, Charlie began to tire, his legs straining. They felt heavy; drawn to the ground like a magnet. Before he knew what was happening, he was hurtling towards the ground, foot tangled in a tree root. The impact shook his bones, forcing a pained yelp from his mouth. Shock glued him to the ground, and the breath was gone from his lungs.

When he pulled himself to his feet, he noticed the densely packed trees were making him feel caged in. “I’ve never been here.” He said with a tremor in his voice. Cadence began to look frantic; her eyes rapidly scanning for a way back. They were lost.

After hours of wandering, Charlie and Cadence’s survival instincts had kicked in. They were now heading downhill, eyes peeled for a water source. Home was merely a distant worry in the back of their minds; the dryness of their tongues and cracked lips were the only thing that occupied their thoughts. Sunlight was rare to come across, and the wind on their skin was like broken glass; piercing and unforgiving. Stumbling on along the endless pine-needle carpet, Cadence and Charlie were close to giving up. Cadence’s skin was as pale as death, and as Charlie glanced up at her just in time to see her collapse on the ground, motionless. Every hope of making it home vanished as his heavy eyelids drifted shut and he fell to his knees and joined her on the forest floor.

Above them, the sun was setting; along with all their hopes of getting home.

Birds flitted across the sky, whistling beautiful melodies to each other. Sunlight shone onto the grassy, wildflower covered field. A babbling, pure stream flowed nearby. Charlie’s eyes wrenched open as a piercing scream filled the air. Alert, he wrenched his head side to side, looking for any danger. Cadence was on her feet, frantically looking around.

“Where are we?! Yesterday we were in a pine forest!” Charlie was hardly listening to her as he sprinted over the soft grass and wildflowers to the cool, clear stream. His thirst was immediately quenched as he plunged his head into the water and drank it. Cadence shortly joined him, and they remained kneeled in front of the water for several minutes. When they finally stood and turned around, they gasped audibly.

A few metres away, a tall man with wide, red eyes and a huge, yellowed teethed smile stared back at them. In a deep, drawling accent, he said;
“Welcome to Greenhaven, children. We don't often get visitors.” They stood planted to the ground in terror. The sun seemed to dim as clouds crept across the sky.

“Come with me. It’s the best thing to do if you ever want to make it back home.”
Charlie exchanged a glance with Cadence, who was pale and shaking sightly. He nodded at the man, who grinned and led them out of the field by their wrists.

The man had taken them on a long trek through the forest, revealing to them a massive clearing with a small wooden cabin, which belonged to him.

“Greenhaven is where lost people end up, like you two. It cannot be found on any map.” The lump in Charlie’s throat got larger.

“How do we LEAVE?” Cadence demanded. The man turned to her, his horrific eyes filled with an inexplicable sadness.
“My daughter, Mika. She was my only companion in this ancient forest. She’s missing.” Glistening tears formed in his eyes as he turned away. Cadence’s brows were furrowed, and Charlie was lost for words.

“Umm. Ok,” Charlie said, “I thought you were going to tell us how to get out of here.” The man turned around suddenly, his eyes flashing maliciously.

“FIND HER!” he yelled, waving them off furiously. Wide eyed, they sprinted off, occasionally turning their heads back.

Mika sat perched in a tree, watching the two unfortunate kids stumble around and search for her. Her thin brown hair blew in her face. She glanced back at her weeping father and felt a twinge in her heart. She quickly back at the two kids. But they were gone. Her eyes scanning the forest floor, she finally saw them. Staring back up at her. Clenching her eyes, she cursed and began scaling down the tree.

“I just wanted some freedom for once. And it would have been fun for you two to live with us. I never see anyone my age, and I’ve never been able to convince my father to let me out of the forest,” Mika hurriedly explained, handing them a compass from her pocket.“ Go North. I’ll go back to my dad.

"I’m sorry!” as she walked off without another word. Charlie felt bad for the two, and without warning Cadence first, he sprinted back to the red eyed man. He explained his daughters’ motives for going wandering and convinced him to bring her to the city sometime. He beamed as the man considered and a huge smile filled Mika’s face. Feeling content, he left them, and continued home with Cadence.

The sun shone freely on their skin again and the pavement underfoot was familiar and comforting. Without warning, Cadence gave Charlie a big hug and skipped into her house, swinging the door shut behind. Charlie’s heart lifted as he realised Cadence was no longer an enemy, but a friend. Laughter pulled him from his thoughts. He looked up to see Mika and her father hand in hand. Grinning, he ran into the arms of his own father and mother, who were running towards him, tears of joy streaming down their faces.