Posted by William B. | Found in: Secondary 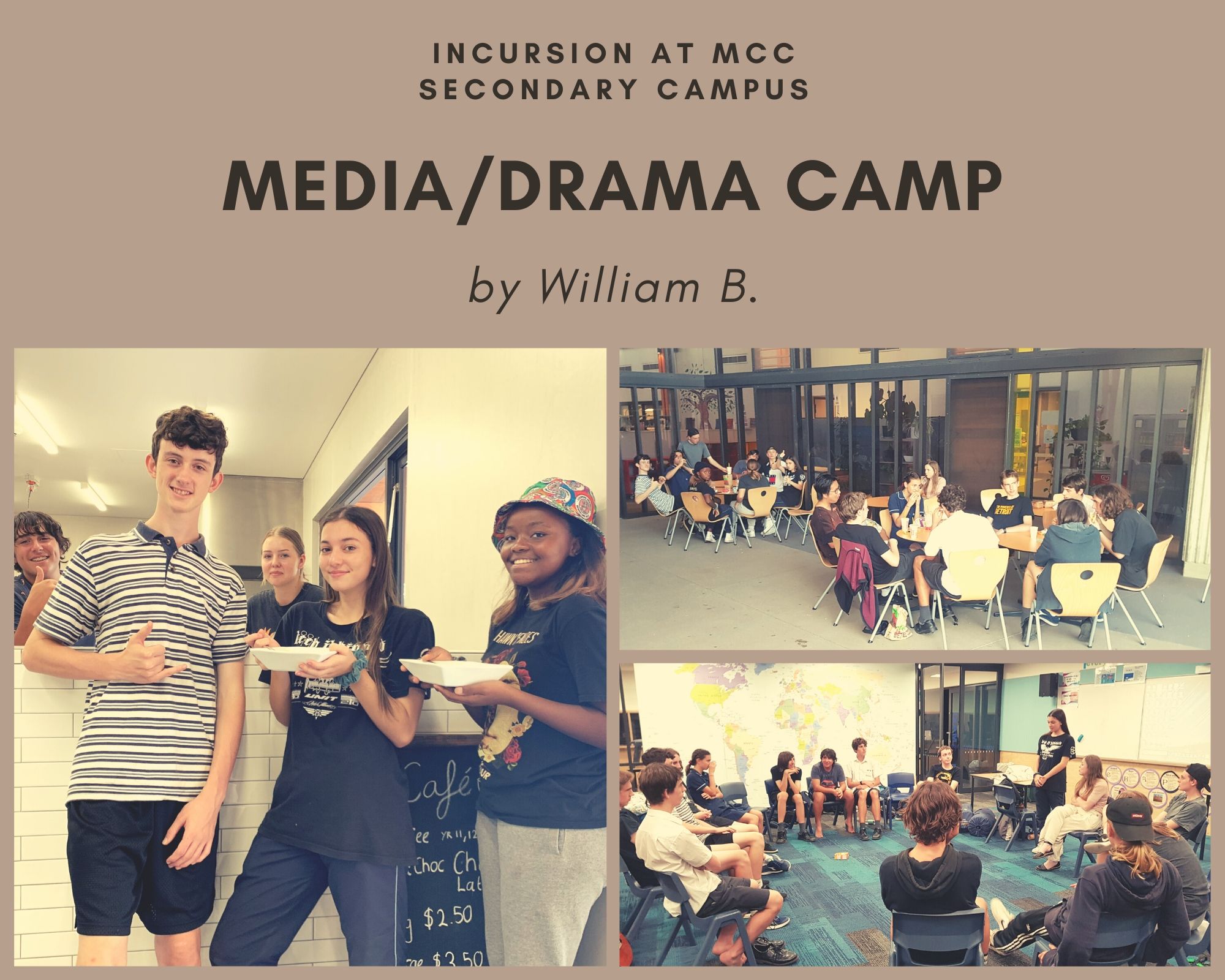 This camp started off with students getting to know each other as many of the drama and media students haven’t worked together before, after playing a few interactive activities and eating some food, we sat down and watched some short films that other ATAR media students have created in the past, this gave the idea of what the media and drama students were aiming for.

After the short films we then watched the cult classic movie “The Matrix”. It was difficult to go to sleep as everyone was sugared up from all the snacks they ate watching the movie.

The next day we got early to have some breaky and head out to our filming locations, some people went to Sculpture Park to film while other groups went around the Parkerville area, it was a really productive day for the media students as they got quite a unique filming perspectives.

By around 1:00PM on Saturday everyone was back on campus eating lunch, then media students went to edit and put together what they have done and everyone slowly made their way home after finishing the desired tasks.

There were a quite a few funny moments throughout the camp, one of them was when Mr. Pethick told everyone to stay out of the north and south hubs because alarm was being set. We all went to sleep but one drama student, who won't be named created some drama, making the decision going to went to get a drink alarm went off, at 12:45AM.  This caused Mr. Pethick and Miss. Bergin to wake up and they weren’t all that impressed. Neither would I have been.

I’d like to thank both Mr. Pethick and Miss. Bergin to have patience with certain students, and allowing us to come on this camp as it was really fun, and a great time to connect with the older students in the upper years.

Thanks the school for supporting this initative.